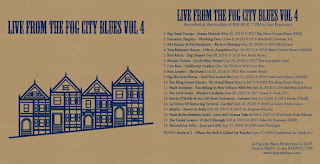 Posted by Devon Strolovitch at 2:27 PM

Devon Strolovitch
Devon is the Host and Producer of Fog City Blues and Senior Producer of Philosophy Talk. He has previously worked as editor of Climate One's radio show and podcast, audio editor for the Bite podcast from Mother Jones, and co-producer of the Peabody Award-winning Inside the National Recording Registry. He is an amateur steel-drummer and speaks over a dozen languages, some used by more than .01% of the world population. He is author of The Paris Café Chronicle (2005), Strolecisms (forthcoming), and a much-cited PhD dissertation on medieval Judeo-Portuguese.